The Cumberland Valley Hose Company No. 2 was organized in January 1859. The Company encountered many obstacles in the early days and it appeared doubtful at times that the Company could be held together. The Company endured, however, and consisted of 150 members by February 1877.

Today, there are 720 members in the Company. The Company motto, Ever Ready, was adopted February 21, 1877 and is still the motto of the organization. The first fire police organization was formed at the December 4, 1879 meeting. A Fire Chief and ten fire police were appointed at this time. The Company charter was granted by the Cumberland County Courts on January 13, 1888 with the Company to be known as Cumberland Valley Hose Company No. 2. The Firemen’s Relief organization had its beginning on March 6, 1899.

The first motorized piece of equipment was purchased in the spring of 1920. The Company voted to buy an American LaFrance combination hose-chemical pumping apparatus. This piece of equipment was replaced by a 1927 Chevrolet hose and booster tank truck. In 1937, the Borough of Shippensburg purchased a Ward LaFrance pumper for the Company to bolster the fire protection services of a fast growing community. During 2004, the opportunity presented itself for the Company to purchase this piece of apparatus back. Plans are currently underway to restore the vehicle to its original condition when operated by the Company.

In June 1950, the Company purchased a John Bean high-pressure fog truck for $7,574 and had the unit mounted on a Chevrolet chassis. This unit provided the community with a first line of defense and prevented many fires from becoming major disasters.

The Company purchased a 1957 Chevrolet panel truck in the fall of 1957 and equipped it as an emergency vehicle. This vehicle was later equipped as an air wagon, complete with air cylinders and equipment in September 1976, following installation of the air cascade unit in the Company quarters during July 1975 by the Shippensburg Firemen’s Relief Association.

Recognizing the increase in high rise buildings on the Shippensburg University campus and elsewhere in the community, the Borough Council purchased a 1949 American LaFrance 85 telescoping aerial ladder truck from a New Jersey fire company during late 1969. Installation of a new diesel engine and a new paint job placed the truck in first class condition.

In April 1998, the Company replaced the aging, obsolete, and unreliable 1971 Mack 75 aerial tower truck with an E-One 95 aerial tower truck to provide fire emergency service to the community and surrounding area. The new aerial truck was the first Company vehicle to be painted black over red, the Company’s current color scheme.

In June 2000 the company replaced its 1959 American Lafrance Engine with a 1985 Pierce Arrow 985. This unit was purchased from the South Middleton Fire Department in boiling Springs, PA. This unit served the department well until its retirement in 2009.

In November of 2002, the 1980 Chevrolet air wagon was replaced with a 2003 Swab 14′ custom walk-in rescue body mounted on a Freightliner FL70 Chassis. The new Air Unit has a Bauer 25.6 CFM on-board air compressor with a 3-bottle fill station. It unit carries lighting, rehab, and salvage & overhaul equipment to support the Truck Company. The new Air Unit has seating for 6 firefighters.

On February 8, 2009 the company retired from service the 1985 Pierce Arrow Engine and place into service their new 2008 Pierce Velocity Pumper/Quint. The unit is equipped with a 75 aluminum aerial ladder as well as a Husky foam system. The unit was designed and equipped to operate as a black up aerial truck should the need arise.

The company continues today as a dedicated and respected emergency service organization in the Shippensburg community providing emergency services. Its milestone of 150 years of service can be directly attributed to the leadership and management skills of many of its forbearers. Many members made many sacrifices to devote their time and talents to perpetuate the existence of the company. With the members of the past and today and their sacrifices, the company is still proud to serve with pride, courage and compassion. 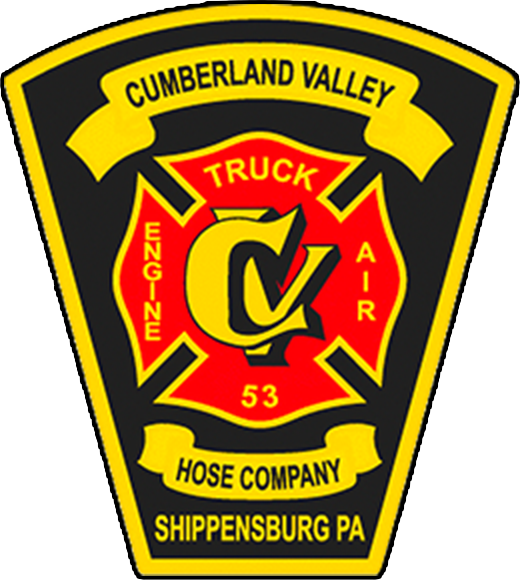